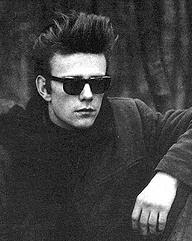 Stu Sutcliffe was the original bassist for the Beatles. He is credited along with John Lennon, for coming up with the band’s name as a tribute to Buddy Holly’s Crickets. Sutcliffe was in the band for their first two years which included the legendary shows in Hamburg. While in Hamburg, Sutcliffe met photographer Astrid Kirchherr, fell in love and decided to leave the Beatles and stay in Hamburg to enroll in art school. His artwork was highly praised. Sutcliffe began suffering from intense headaches which at times caused him to collapse. Doctors could not determine the cause of his pain. On April 10, 1962, while en route to the hospital after a collapse, Stu Sutcliffe. He was just 21. It was never determined what actually caused the brain hemorrhage that took his life. Many believe it was caused by a head injury he sustained during a fight after a show in January of 1961.
LLR Books mywriterssite
Email ThisBlogThis!Share to TwitterShare to FacebookShare to Pinterest
John William Tuohy Stu Sutcliffe
Newer Post Older Post Home