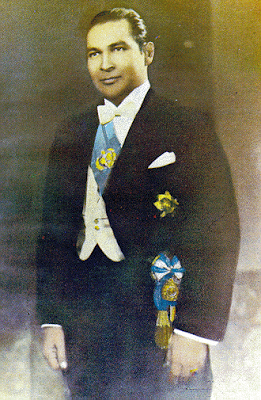 "Fulgencio Batista grew up in the shadow of the United Fruit Company. ... The [company town of Banes] was divided into several neighborhoods based on the social status of the residents. North American employees - identified in the company literature as 'first-class Anglo-Saxon employees' - were provided free housing and maid services. There was a less prestigious neighborhood for lower-ranking Cuban managers and technicians, and an even worse neighborhood for workers. It was here that Batista was born of mixed-race (mestizo) parents and raised around the corner from a street called simply Callejon del Negro (the Black Man's Street). 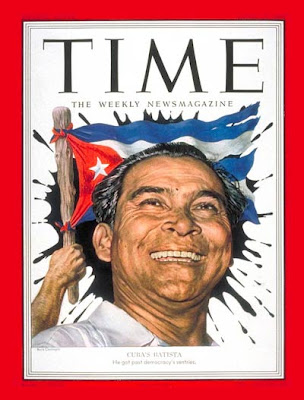 "Batista's father worked for the United Fruit Company cutting sugarcane. It was backbreaking work. ... Batista's father was not employed directly by United Fruit but rather by a contractor hired by the company to organize and pay the work crews. The contractors were often free to exploit the workers by cheating them out of wages. ... By the age of eight, young Fulgencio was forced to abandon his primary-school education and join his father as a cane cutter. ... "Batista was a beautiful creation. In one of his early forms of employment as a railroad brakeman for the United Fruit Company railway line, he earned the nickname 'El Mulato Lindo' - the pretty mulatto - from his fellow employees. ... Although he took pains to present to the public a masculine image, his looks suggested a Cuban Adonis, with a type of [androgynous] handsomeness that was the envy of both men and women. ... 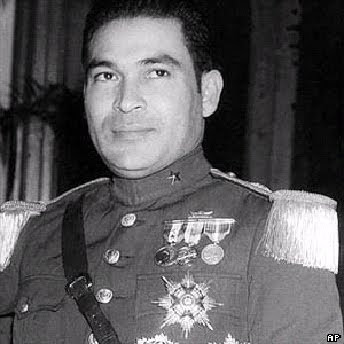 "Castro cut a dashing figure, tall and strapping, with curly black hair and a traditional, finely manicured Cuban mustache. He had been an exemplary student athlete and had a self-confidence that was attractive to women. He came from a prosperous family (the father owned land in Oriente Province) and married a young woman from a politically connected family. He borrowed money from his father so that he and his wife could honeymoon in New York City. They stayed at least one night at the Waldorf-Astoria.... "[In 1948], although not yet famous across the island, Fidel was well-known at the University of Havana. Since the uprising against the presidency of Gerardo Machado in the early 1930s, the university had been a major source of political agitation and organized dissent. Castro had proved himself a dynamic orator and a future leader to be reckoned with, but he was also, according to some, overly enamored with the trappings of gangsterismo." 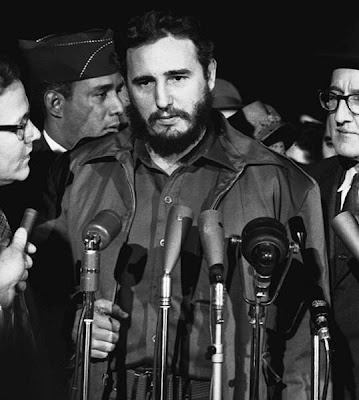