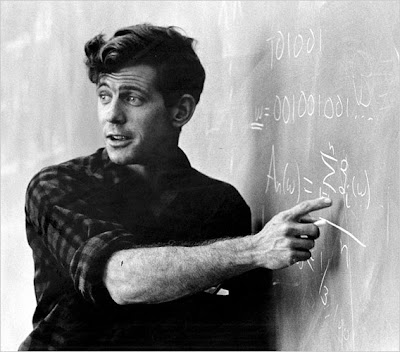 Michael Rossman was an organizer of the Free Speech Movement at the University of California at Berkeley in 1964, later known for his books on politics, society, and education. Rossman died of leukemia in Berkeley, California on May 12, 2008.


'60s activist Michael Rossman dies in Berkeley
Michael Rossman, a key planner of UC Berkeley's historic Free Speech Movement in 1964 and a renaissance man with interests ranging from science to collecting political posters to playing the flute, died Monday at his home in Berkeley.


Mr. Rossman, 68, died from the effects of leukemia.

"Michael was protean," said Lynne Hollander, one of the movement's leaders and the widow of its best known figure, Mario Savio, who died in 1996. "He had so many interests, and he was brilliant and alive and so engaged in life. He was a massive science person on one hand, he was into politics on the other. Then he was into music and art. He had friends in all those communities."

He was born in Denver, and his family moved to the Marin County town of Fairfax when he was 3. He got his first taste of being out on his own at an early age - his parents allowed him to roam Mount Tamalpais by himself when he was young, and it contributed to his ideas of personal freedom.

Mr. Rossman spent a year at the University of Chicago, then returned to California to study at UC Berkeley. He met his future wife, Karen McLellan, on the Cal campus in 1963 and, as she said Friday, "we got married in 1969 in a three-day hippie wedding near Mariposa." They didn't get legally married until a few months ago.

In the nascent days of the Free Speech Movement, Hollander said, it was Mr. Rossman who said, "early on, that one thing that was needed was a counter thought to the idea that UC had always been this tremendously liberal, free speech-oriented institution. He felt this was a myth and needed to be shown it was a myth."

On an October day in 1964, students gathering in Sproul Plaza created a demonstration whose highlight came when authorities put student Jack Weinberg into a UC Berkeley police car. Students surrounded the car and some sat on top of it.

"After that," Hollander said, "Michael came up with the idea that there should be a report done on how the university had dealt with political activity over the years." The report was produced, "and it's that report that got him known," Hollander said. Mr. Rossman was chosen to be on the executive and steering committees of the movement, along with such protest luminaries as Savio, Weinberg, Suzanne Goldberg, Bettina Aptheker and others.

In December 1964, the UC Berkeley faculty voted to support the Free Speech Movement demands that the university not be allowed to regulate speech. The heyday of the Free Speech Movement essentially lasted only a few months, but it is generally regarded as the progenitor of anti-war and civil rights protests and student movements in general that swept American campuses over the next decades.

"Those of us who worked together in that movement stayed very connected to each other - we've been lifelong friends," Aptheker, now a professor at UC Santa Cruz, said Friday. She said Mr. Rossman was later "central in creating the FSM archive (online at www.fsm-a.org), and I get e-mails from high school and university students all over the country who have tapped into that archive and want to talk to me."