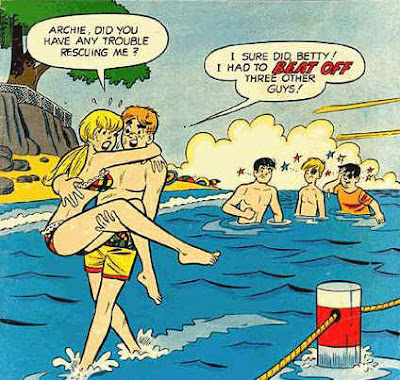 Michael Silberkleit was the chairman and publisher of Archie Comics who tried to keep the comic rooted in a clean-cut past while allowing it to reflect contemporary pop culture. Silberkleit's father, Louis Silberkleit, founded the company in 1941 with John Goldwater, who thought up the "everyteen" character of Archie Andrews during a time when superheroes reigned. They hired illustrator Bob Montana (d. 1975) to draw the carrot-topped Archie and his 17-year-old high school friends in the mythical town of Riverdale. Michael Silberkleit died of cancer in New York City on August 5, 2008.
LLR Books mywriterssite
Email ThisBlogThis!Share to TwitterShare to FacebookShare to Pinterest
John William Tuohy Archie
Newer Post Older Post Home