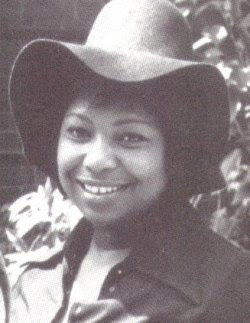 Francine Edna Hurd Barker was the original Peaches of the musical duo of Peaches & Herb, who earned her nickname because of her gentle demeanor. Barker sang with Herb Fame on such hits as "Let's Fall In Love" and "We're in This Together." She died after suffering from several health problems, in Maryland on August 13, 2005 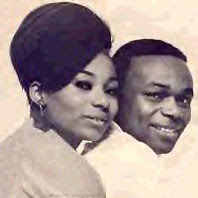 Born in Washington, DC, in 1947, Francine Hurd earned the childhood nickname "Peaches" because of her genteel manner. As a schoolgirl she sang in numerous groups before joining the Keynotes as lead vocalist. Later, she formed her own trio, the Darlettes, with Dyanne Stewart and Nancy J. Johnson. Their recording debut, 1965's "Lost", written and produced by Van McCoy, was released on Mira, a subsidiary of the Mirwood label of Los Angeles. Later that year the group landed a contract with Columbia's new Date offshoot, who changed their name to the Sweet Things, issuing "You're My Loving Baby" early in 1966.

At the group's next session, Van McCoy decided to also have Francine cut two duets with Herb Fame, another DC-based singer from his Daedalus Productions stable - Peaches & Herb were born. While the Sweet Things' second Date 45, the Motown-ish "I'm In A World Of Trouble", crept out unnoticed, Peaches & Herb's revival of the oldie, "Let's Fall In Love", swept into the Top 20, at which point Francine quit the group to form a fulltime duo with Fame. The pair's next three 45s - "Close Your Eyes", "For Your Love" and "Love Is Strange" - were even more successful, earning the romantic sounding duo the sobriquet "The Sweethearts Of Soul". Within two years they had notched up a total of ten hits.

As Francine Barker, her married name, she also released a trio of excellent solo singles, before retiring from the record biz to raise a family. Herb Fame continued recording for many years with a succession of replacement Peaches.

Francine died in Washington on August 13th. She is survived by daughters Shaunte and Shanice, grandchildren Ellisha, Shanee, Larc and Kayla, and a large extended family. 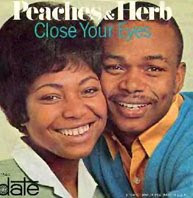