Lucy in the Sky with Diamonds 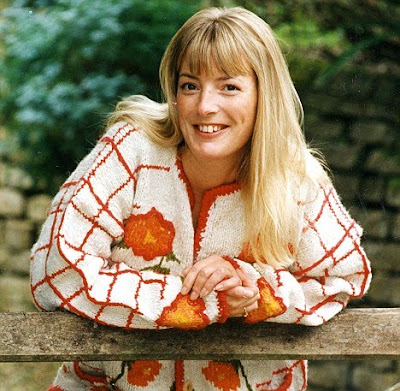 Lucy Richardson was an art director for the films Chocolat and Elizabeth. Richardson was also a childhood friend of Julian Lennon and purportedly helped to inspire the famed Beatles song written by John Lennon, "Lucy in the Sky with Diamonds." She died of breast cancer in Weybridge, Surrey, England on June 1, 2005 at age 48 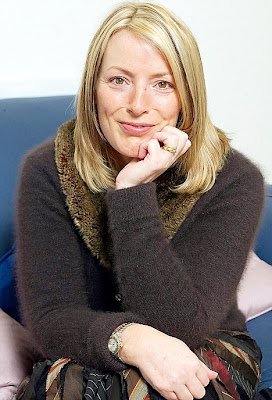 Reunited: Lennon's son and childhood friend Lucy In The Sky... the girl who inspired Beatles song
By Emily Andrews
Last updated at 10:59 AM on 08th June 2009
Read more: http://www.dailymail.co.uk/tvshowbiz/article-1191386/The-real-Lucy-In-The-Sky-With-Diamonds-How-young-girl-inspired-classic-Beatles-song.html#ixzz0OpZy5xL6

She was the little girl whose nursery school friendship with John Lennon's son Julian inspired the song Lucy in the Sky with Diamonds.
More than 40 years after the song's release Lucy O'Donnell and Julian Lennon are back in touch. 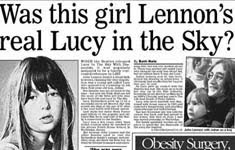 Lucy - now Vodden after her marriage 13 years ago - and Lennon's oldest son have been reunited after he heard that she is battling an incurable disease. Mrs Vodden, 46, has lupus, an autoimmune disease which causes the body to attack its own cells, causing immense pain and organ breakdown.
Two months ago Julian, who lives in France, heard through his personal assistant, who knows Lucy's sister, that she was chronically ill. He sent a huge bunch of flowers to her home in Surbiton, Surrey, with a personally written card.

He followed up with garden centre gift vouchers because he had learnt that she took solace in looking at her plants.
'I've been able to help out a bit,' he said. 'I was so upset to hear what had happened.'
Mrs Vodden said it was lovely to be back in touch with each other.
For years mystery surrounded who Lucy in the Sky with Diamonds really was. Was the title a euphemism for the drug LSD? or perhaps Lucy Richardson, a schoolfriend of Julian? 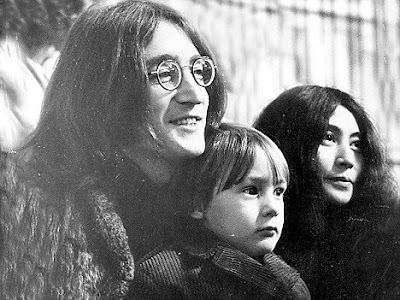 In fact it was Lucy O'Donnell, who went to nursery school in Surrey with Julian. She was immortalised after the young Julian showed his father a picture of her with star-like shapes and told him it was 'Lucy in the sky with diamonds'.
Lennon then used the phrase as a title for a song he wrote for the Sgt Pepper's Lonely Hearts Club Band album, which was released in 1967.
'We were two very energetic school kids,' Mrs Vodden said.
'He would say "Come on, Lucy", to get me to do things. He was the bravest boy in school whom I recall jumping into a freezing swimming pool.'
The whereabouts of Julian's painting of Lucy is uncertain, although at one stage it was in his mother Cynthia's possession. Since they were four, Mrs Vodden and Julian had seen each other only once - 23 years ago at one of Julian's concerts.

Julian spoke of the song's creation ahead of a new exhibition at the Beatles museum in Liverpool.
He has lent the museum his own collection of memorabilia which for him marks a 'reconnection' with his father's memory.
Lennon divorced his mother Cynthia, when Julian was five, to free him to marry Yoko Ono.
He then rarely saw his son for years afterwards. They were later partly reconciled and Julian made his musical debut at the age of 11 on his father's Walls and Bridges album, playing drums on Ya Ya.
He went on to enjoy his own musical success with his debut album Valotte in 1984. It reached the top 20 album chart and spawned the No 6 single, Too Late For Goodbyes. His last hit was in 1991 with the single Saltwater, which also reached No 6.

Julian says he has forgiven his father for the way he treated both him and his mother - and the hostility between him and Ono, and his half-brother Sean, is in the past. 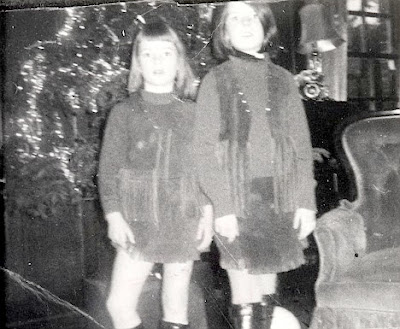 Lucy in 1966
'There is nothing but love now,' he said. 'If he was able to come into the room now, we'd hug and cry.'
After Lennon was murdered in New York in 1980, Julian had few keepsakes from his father.
During the past two decades he has spent £1million buying up a collection of Lennon's possessions.
'It is, in a way, horrendous that this is what I needed to do to get my father's possessions,' said Julian.
They include hand-written recording notes by Paul McCartney of Hey Jude, a song originally written as Hey Jules to console the then five-year-old Julian during his parents' divorce.
The collection also includes Lennon's Afghan coat and his cape from the film Help!
Lupus is characterised by alternating periods of flare-ups and remissions.
Some with lupus experience only mild symptoms and have few complications. Others experience frequent flares that can cause severe complications.
LLR Books mywriterssite
Email ThisBlogThis!Share to TwitterShare to FacebookShare to Pinterest
John William Tuohy Lucy in the Sky with Diamonds
Newer Post Older Post Home