"Without Detroit, there could have been no Motown. The company was an outgrowth of the car industry, specifically of the black immigration spurred by the industry's swift rise and seemingly endless demand for labor. Industrial migration swelled the black population of most northern cities, but none more quickly than Detroit. Between 1910 and 1930, the number of African Americans nearly tripled in Philadelphia and New York, and quintupled in Chicago. But in Detroit it went up by more than twenty times, from just under 6,000 to over 120,000.

"The main draw was Henry Ford's factory, which, in 1914, put out the word that it was paying assembly-line workers five dollars a day. In response, blacks moved from the South to Detroit at the rate of 1,000 per month; by 1922, the figure rose to 3,500 per month. If' Ford's lines were full, a strong worker could find a job at some other factory. By 1925, there were three thousand major manufacturing plants in Detroit; thirty-seven of them were building cars. At the start of World War II, Detroit became the arsenal of America's military machine, and the demand for workers soared further. A half million more migrated to Detroit in the wars first two years. 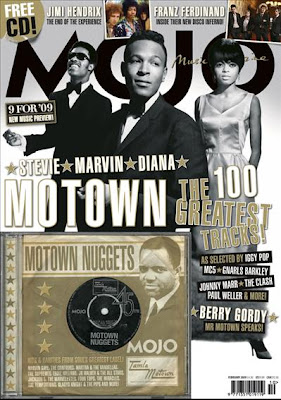 "There was little assimilation of the black families that poured into Detroit in the early waves of this migration; most of them were crammed into dilapidated tenements on the city's south side. During the even larger influx brought on by World War II, things got ugly. Most of these new migrants were black, as before, but there were also many Polish immigrants and white Appalachians, all competing for the same jobs. A quarter of the city's 185 War plants refused to hire blacks. Many car factories, even after all these years, would not mix black and white workers on the same assembly line. In 1943, the NAACP and the United Auto Workers staged an 'equal opportunity' rally, with over ten thousand black men attending. When, as a result, three black workers were promoted to skilled slots at a Packard plant, twenty-six thousand white workers walked out.

"That summer, race riots erupted. President Franklin D. Roosevelt had to send in six thousand federal troops to quell the violence, which left thirty-four people dead (twenty-five of them black), hundreds injured, and $2 million worth of property damage. The city planners responded with the Detroit Plan, which demolished hundreds of buildings and displaced thousands of black families, inspiring the observation that 'urban renewal' was a euphemism for 'Negro removal.'

"Amid this de facto segregation, the African Americans in Detroit created their own culture and institutions - and, because of the decent-paying jobs at Ford and other factories, they had enough money to sustain the effort.