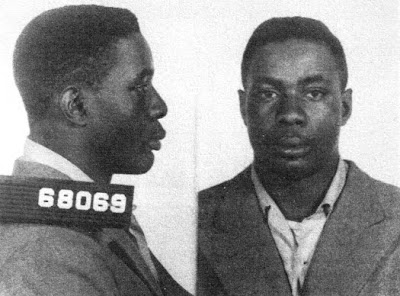 Charles L. "Sonny" Liston (May 8, 1932 (disputed) – December 30, 1970) was a professional boxer who became world heavyweight champion in 1962 by knocking out Floyd Patterson in the first round. Liston was one of the most powerful punchers and jabbers in the history of boxing. He was number 15 on Ring Magazine's list of 100 greatest punchers of all time.

Liston was born the son of a sharecropper in the sector of Morledge Plantation that lay in Johnson Township, St. Francis County, Arkansas. He was the 12th of 13 children born to Tobe Liston and Helen Baskin, and he endured frequent beatings as a child. At 13, he escaped from his father's control and hitchhiked to St. Louis by himself to reunite with his mother and his cousins.

After he was sentenced to prison, as a teenager, for taking part in the robbery of a gas station, his boxing talent was discovered by a Roman Catholic priest, and it was boxing that helped him leave jail early. On Halloween night in 1952, he was paroled, and during a brief amateur career that spanned less than a year, he won several amateur tournaments, including the Golden Gloves. One of his victims was Olympic Heavyweight Champion Ed Sanders.

Liston made his professional debut on September 2, 1953, knocking out Don Smith in the first round in St. Louis, where he fought his first five bouts.

At 6' 0½", Liston had a disproportionately long reach of 84" (equaled only by some champs who were/are 6'4" and over). He also had the largest fists in heavyweight history, 15", at least until the recent appearance of 7-ft Nikolay Valuev. His noticeably more muscular left arm and crushing left jab lends credence to the widely held belief that he was left-handed but utilized an orthodox stance.

In his 6th bout, in Detroit, Michigan, Liston faced John Summerlin (19-1-2) on national television and won an eight-round decision. He later beat Summerlin in a rematch, but then suffered his first defeat, also in Detroit, at the hands of Marty Marshall on September 7, 1954. In the third round, Marshall, a defensive-minded journeyman, managed to break Liston's jaw with a right hand while Liston was laughing at the smaller man's unorthodox ring tactics. Liston proved his mettle by lasting the scheduled eight rounds despite the pain.

In 1955, he won six fights, he won five by knockouts, including a rematch with Marshall, whom he knocked out in six rounds. A rubber match with Marshall in 1956 saw him the winner by a ten-round decision, but in May of that year he again ran afoul of the law, accused of beating up a police officer. He was paroled after serving six months of a nine-month sentence and prohibited from boxing during 1957. 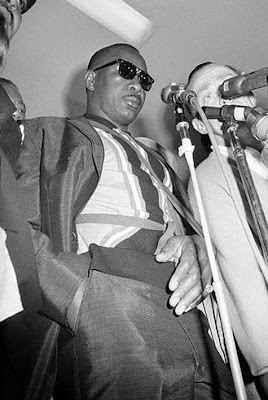 In 1958, he returned to boxing, winning eight fights that year. 1959 was a banner year for Liston, as he fought four times, knocking out Mike DeJohn in six, No. 1 challenger Cleveland Williams in three, and Nino Valdez, also in three. Despite moving up in the rankings, Liston had difficulty getting a shot at world heavyweight champion Floyd Patterson, whose handlers cited Liston's links with the mob.

In 1960, Liston won five more fights, including a rematch with Williams, who lasted only two rounds. He also had knockout wins over Roy Harris (one round) and top contender Zora Folley (three rounds). Eddie Machen was the only contender who was not knocked out by Liston, but Liston secured a one-sided, 12-round decision.

In 1962, Floyd Patterson finally signed to meet Liston for the world title. The fight was scheduled to be held in New York, but the New York Boxing Commission denied him a license because of his criminal record. As a result, the fight was moved to Comiskey Park, Chicago, Illinois. Liston and Patterson met on September 25 of that year, and Liston became world champion by knocking out Patterson in the first round.

Liston, however, was not a popular champion and was disappointed that on his return to his hometown of Philadelphia, the fans did not show up at the airport to cheer his success.

Patterson and Liston signed for a rematch, held on the evening of July 22, 1963, in Las Vegas, Nevada. This fight lasted two seconds longer than their first fight, with Liston once again knocking out Patterson in the first round.

Liston did not box again that year, and in 1964 on the evening of February 25 in Miami, Florida he fought against Cassius Clay, whom odds-makers made a distant 8-1 underdog. Liston lost his title when he shockingly quit in his corner before the start of the seventh round, claiming he had hurt his shoulder. Some believed the fight was fixed, and doubted whether Liston's shoulder injury was real

On May 25, 1965, Liston would encounter Clay again, now known as Muhammad Ali. The bout was originally scheduled for Boston, Massachusetts, but Ali, a week before the fight, was hospitalized with a hernia. The rescheduled match was held in the city of Lewiston, Maine.

Less than two minutes into the fight, while he was pulling away from Liston, Ali hit Liston with an extremely quick punch which didn't seem to have much weight behind it. However, Liston awkwardly went down, first lurching forward to the canvas then sprawling out onto his back, spread-eagled. In the total shambles that followed, referee Jersey Joe Walcott never counted over Liston and never made Ali go to a neutral corner, while Ali yelled hysterically at Liston, running around the ring, arms aloft. During this time Liston made an attempt to get back to his feet, before again rolling onto his back.

After Liston finally got up, ringside boxing writer Nat Fleischer, who had no authority, informed Walcott that Liston had been on the canvas for over 10 seconds (during which time the fight briefly resumed), and that the fight should be over. Walcott then waved the fight off. The photograph of the knockdown of this fight is one of the most heavily promoted photos in the history of the media, and was even chosen as the cover of the Sports Illustrated special issue, "The Century's Greatest Sports Photos".

After the second loss to Ali, Liston took a year off from boxing, returning in 1966 and 1967, winning four consecutive bouts in Sweden, co-promoted by Ingemar Johansson. These knockout victories included one over Amos Johnson, who had recently defeated Henry Cooper. In 1968, he won seven fights, all by knockout, including one in Mexico. During that year, he stopped the young prospect Henry Clark (seven rounds), who was ranked No. 5 at the time. This bout was broadcast on ABC's "Wide World Of Sports" and was America's first look at Liston since the Ali rematch.

In 1969, Liston had three wins and one loss. Among his wins was a 10-round decision over Billy Joiner in St. Louis. But, in December, Liston lost by a knockout in nine rounds to Leotis Martin in Las Vegas after dominating the majority of the fight. But while Martin's career ended after the fight because of a detached retina, Liston went on to win his final fight by technical knockout, against Chuck Wepner in June 1970

Liston was negotiating to fight George Chuvalo in Pittsburgh, when he was found dead by his wife in their Las Vegas home on January 5, 1971.[4] The time of death has been placed as six to eight days prior to that, and several sources list December 30, 1970 as his date of passing. Following an investigation, Las Vegas police concluded that there were no signs of foul play.

The cause of Liston's death remains a mystery. The police declared it a heroin overdose. As documented on the show Unsolved Mysteries, authorities found a puncture wound on Liston's right arm, a syringe near his body, and small bags of heroin inside his kitchen. Authorities thus ruled Liston's death a heroin overdose, although an autopsy showed only minute morphine and codeine levels in Liston's body; too small for an apparent overdose.

Some, however, believe that the police investigation was a coverup, and the cause of Liston's death remains unresolved.[2] To wit, Liston supposedly had a phobia regarding needles. After winning the title, Liston at first refused to go on an exhibition tour of Europe when he was told he would have to get shots before he could travel overseas. Liston's wife also reported that her husband would refuse basic medical care for common colds because of his dislike of needles. This, coupled with the fact that Liston was never known to be a substance abuser (besides heavy drinking), prompted rumors that he could have been murdered by some of his underworld contacts.

Additionally, authorities could not locate any other drug paraphernalia that Liston presumably would have needed to inject the fatal dose, such as a spoon to cook the heroin or an appendage to wrap around his arm. This only added to the mystery surrounding his death.

A friend of Liston's also told "Unsolved Mysteries" that Liston had been in a car accident a few weeks prior to his death. Liston was hospitalized with minor injuries, and received intravenous medicine. This is believed to be the source of the puncture wound that authorities found upon discovering Liston's body.