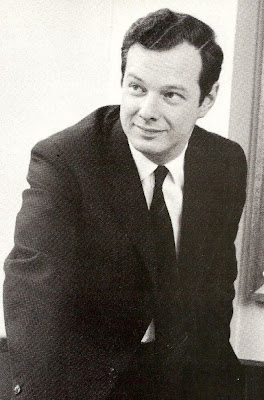 Although he also managed among others, Billy J. Kramer & the Dakotas and Gerry & the Pacemakers, Brian Epstein is best remembered as manager of the Beatles. Many give him credit for the early success of the band. Epstein first met the Beatles after the Cavern Club show on November 9, 1961. By late January of 1962, Epstein was officially the band’s manager. He helped facilitate many of the band’s earliest successes, but by January of 1966, the Beatles decided not to renew their contract which was due to expire the following year. Epstein was notoriously addicted to drugs, and on August 27, 1967, he died of what was ruled and accidental overdose. He was 32 years old. In later years, Paul McCartney claimed that “if anyone was the fifth Beatle, it was Brian.” And John Lennon once said that Eptstein’s death was the beginning of the end of the Beatles. From The Music's Over.Com
themusicsover.wordpress.com
LLR Books mywriterssite
Email ThisBlogThis!Share to TwitterShare to FacebookShare to Pinterest
John William Tuohy Brian Epstein
Newer Post Older Post Home