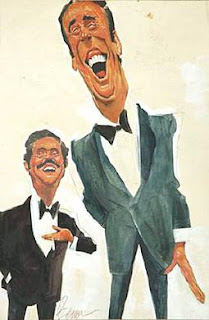 Dan Rowan of the comedy team Rowan & Martin who brought “Laugh In” to America, was a war hero. During World War II, Rowan flew Curtiss P-40N Warhawk 42-104949 currently recorded under N537BR and shot down two Japanese aircraft before he was downed and seriously wounded over New Guinea. His military decorations include the Distinguished Flying Cross with Oak Leaf Cluster, the Air Medal, and the Purple Heart.