L'Année dernière à Marienbad was screened at the Venice Film Festival on 29 August 1961, before opening in France a month later. 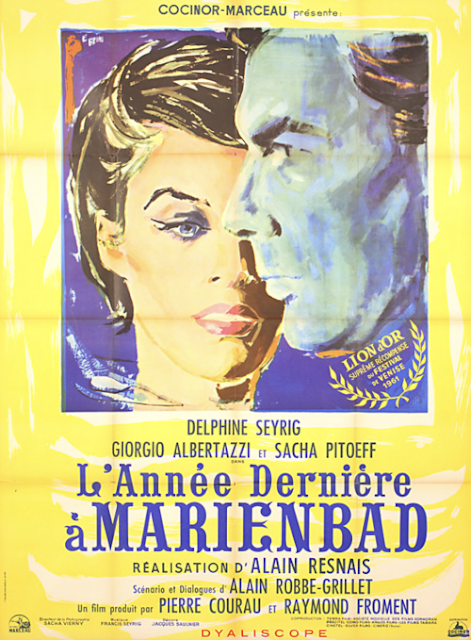 Released in the US in March 1962 as Last Year at Marienbad, the film was reviewed both as “the greatest film ever made” and an “aimless disaster.” Robbe-Grillet was nominated for an Academy Award for his screenplay, which reportedly was exactingly detailed, including directions for camera movements and soundtrack choices. Resnais was quoted as saying that he felt like a “robot” in the early days of shooting, adhering closely to the script. The few changes he did make left Robbe-Grillet saying the finished film was a “betrayal.”

The film’s over-stylized “neo-surrealism” might have confused and frustrated audiences, but it had a significant influence on many directors, including Stanley Kubrick (who cited it as an influence on The Shining), Akira Kurosawa (who named it as his favorite film), Agnes Varda, and too many tv commercial and music video directors.