‘Always do what you are afraid to do.’ 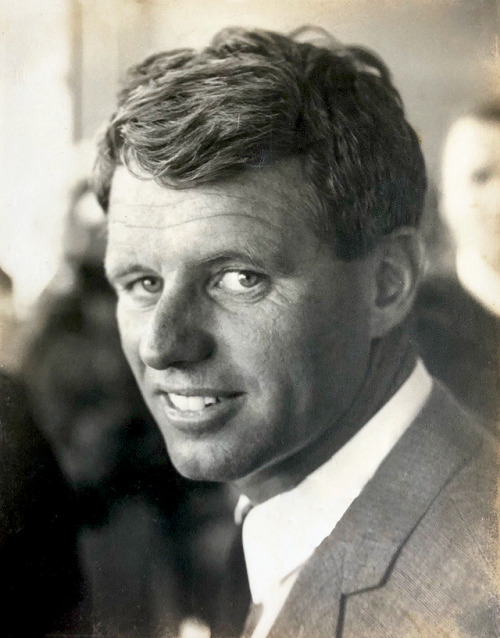 On the morning after the shooting, Ethel Kennedy had asked her friends John Glenn and his wife, Annie, to take six of her children back across the country to Virginia. With Ethel at the hospital that Wednesday morning, it fell to Glenn to tell them what had happened:

“We flew back across the country in an Air Force jet dispatched by the president,” Glenn would write. “We took the kids out to Hickory Hill and stayed the night with them. I was in Bobby’s study when I saw on his desk a collection of Ralph Waldo Emerson’s poems and essays. Leafing through it, I saw he’d marked in the margin a pair of passages he liked.

‘If there’s any period one would desire to be born in, is it not the age of Revolution; when the old and the new stand side by side and admit of being compared; when the energies of all men are searched by fear and by hope; when the historic glories of the old can be compensated by the rich possibilities of the new era? This time, like all times, is a very good one if we but know what do with it.’

“Then there was the other:

‘Always do what you are afraid to do.’