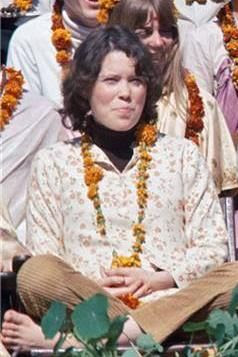 http://www.youtube.com/watch?v=Z59HteiHkZ0
"Dear Prudence" is a song written by John Lennon,and credited to Lennon/McCartney. It was initially performed by The Beatles and is the second track on the 1968 double-disc album The Beatles (also known as "The White Album").The lyrics are about actress Mia Farrow's sister Prudence who was present when the Beatles visited Maharishi Mahesh Yogi in India. Prudence, focused on meditation, stayed in her room for the majority of their stay.[1] Lennon, who was worried that she was depressed, wrote this song for her, inviting her to "come out to play". Whereas the Beatles left the course, Prudence, Mike Love of the Beach Boys, and others, stayed and became Transcendental Meditation (TM) teachers."Dear Prudence" was recorded at Trident Studios on 28, 29 and 30 August 1968. "Dear Prudence" and "Back in the U.S.S.R." feature Paul McCartney on drums rather than Ringo Starr, who had recently walked out. On 5 September, Starr returned to find flowers waiting for him on his drumkit. In 1987, Lennon's original handwritten copy of the lyrics was sold at an auction for $19,500
LLR Books mywriterssite
Email ThisBlogThis!Share to TwitterShare to FacebookShare to Pinterest
John William Tuohy The Beatles Dear Prudence
Newer Post Older Post Home