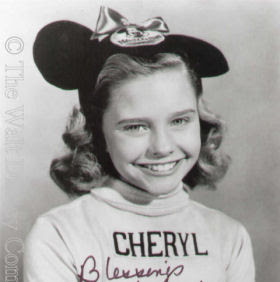 
Cheryl Holdridge was a popular Mouseketeer on The Mickey Mouse Club TV show in the '50s. She also appeared on 1960s television as Wally Cleaver's girlfriend on Leave It to Beaver and had guest roles on Bewitched and The Dick van Dyke Show. Her step father was retired Brigadier General Herbert Charles Holdridge, known for his quests to be elected on the socialist ticket as a presidential candidate. The general political activities, his reverent opposition to John F. Kennedy’s Catholic faith and incessant writing of public letters to newspapers and elected officials proved to be a minor embarrassment to Cheryl and more than probably derailed his son’s career in the State Department. By the early 1960s Holdridge had become estranged from his wife and
Cheryl who did not invite him to her 1964 wedding to Woolworth heir Lance Reventlow.
Reventlow, who was born Lawrence Graf von Haugwitz-Hardenberg-Reventlow was
Cary Grant’s step son. In 1972 while in Aspen looking at an area to build a ski resort, Reventlow, an above average pilot, was a passenger in a Cessna 206. The pilot was an inexperienced 27-year-old student who flew into a blind canyon and stalled the aircraft while trying to turn around. The small plane plunged to the ground, killing Reventlow and the others aboard. Cheryl later married Manning J Post, a major figure in the Democratic Party in California. She died after a two-year battle with lung cancer, in Santa Monica, California on January 6, 2009.
LLR Books mywriterssite
Email ThisBlogThis!Share to TwitterShare to FacebookShare to Pinterest
John William Tuohy Cheryl Holdridge
Newer Post Older Post Home