The Beatles during the filming of Help! at the Nassau Beach Hotel | 26 February 1965 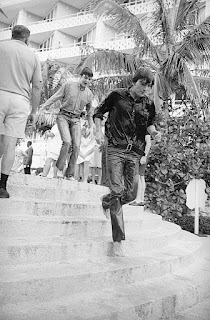 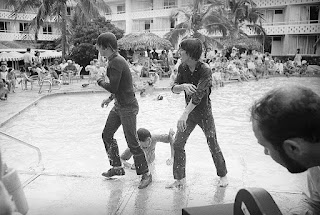 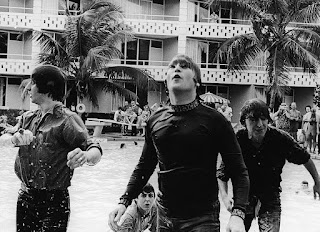 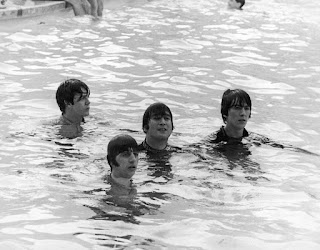 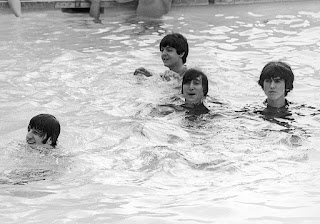 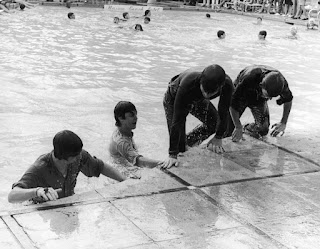 "With nearly a glance from the poolside crowd beside them, the world-famous singing and instrumental group, The Beatles, their long locks soaking, climb fully-clothed recently from a pool during a scene in a movie they are making here. No doubt the crowd is in on their shenanigans. This is the second "flick" for the zany singers, and despite the frequent dunkings and occasional spills on bicycles the script calls for, the four men from Britain seem to be enjoying all of it."