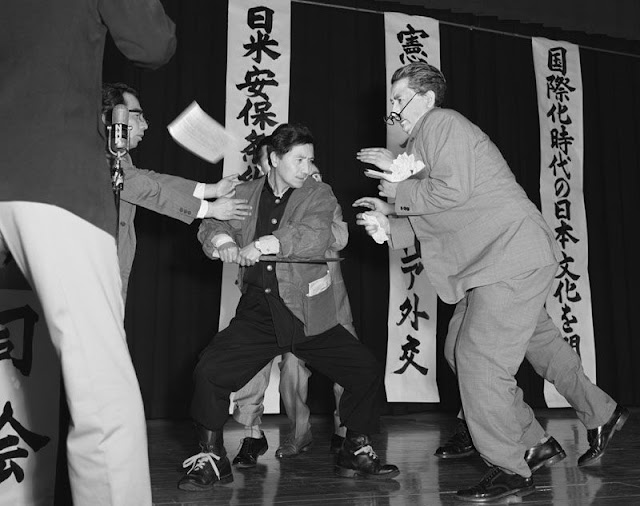 October 12, 1960: A live political debate for the parliamentary election in Japan was stopped in dramatic fashion when Japanese ultranationalist, Otoya Yamaguchi, assassinated head of the Japan Socialist Party, Inejiro Asanuma, by stabbing him with a samurai sword. 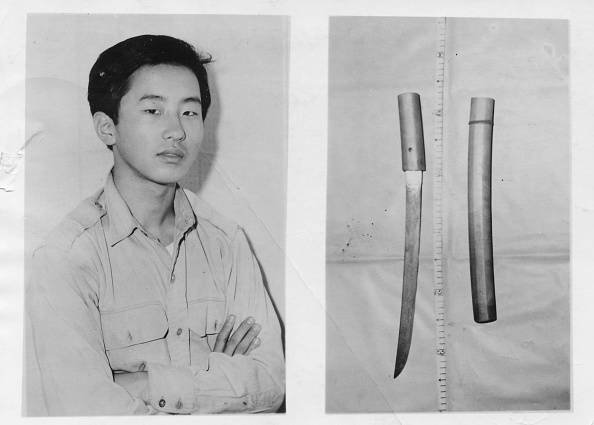 Asanuma was in the middle of discussing his support for Chinese Communism in Hibiya Hall when Yamaguchi sprinted on stage with a yoroidoshi at the ready and stabbed the inattentive politician on his left side, which ultimately killed him. 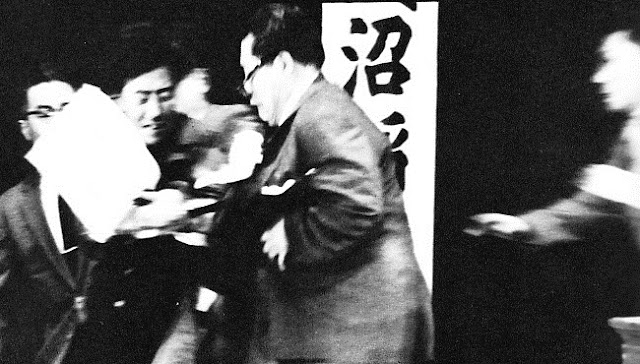 The entire assassination was broadcast live before the guards could subdue Yamaguchi, who was only 17 years of age at the time of the murder. The entire crowd was in shock having seen such violence before their very own eyes; let alone the people who witnessed it on television. 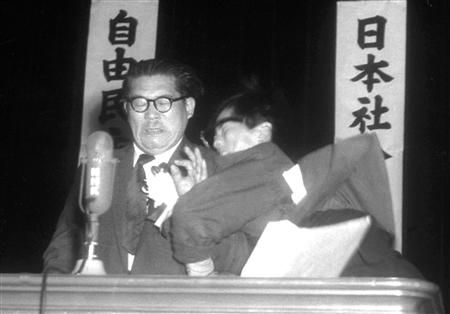 A few weeks after the assasination, while imprisoned in a juvenile detention facility for his crime, Yamaguchi mixed toothpaste with water and wrote a message on his cell wall: "Seven lives for my country. Long live His Imperial Majesty, the Emperor!" 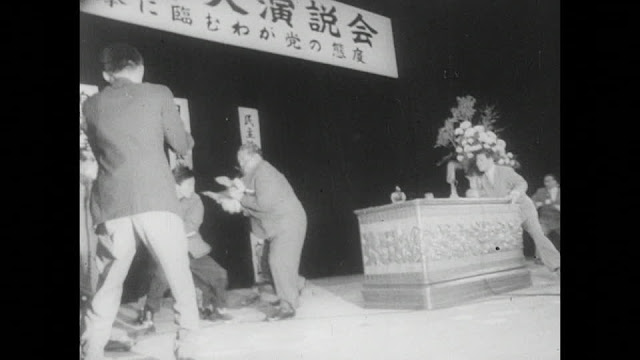 Yamaguchi then decided to knot up strips of his bedsheet into a makeshift rope and hung himself from the light fixture in his cell. Right-wing groups viewed Yamaguchi as a martyr; even giving a burial coat, kimono, and belt to his parents and had a memorial service for him. 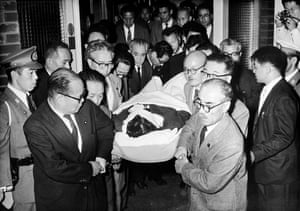