Hayley Mills reflects on meeting Walt Disney, marrying a filmmaker 33 years older than her: ‘I fell in love'

Hayley Mills became one of the biggest child stars of the ‘60s after working with Walt Disney himself – and today she’s reflecting on surviving the family business. 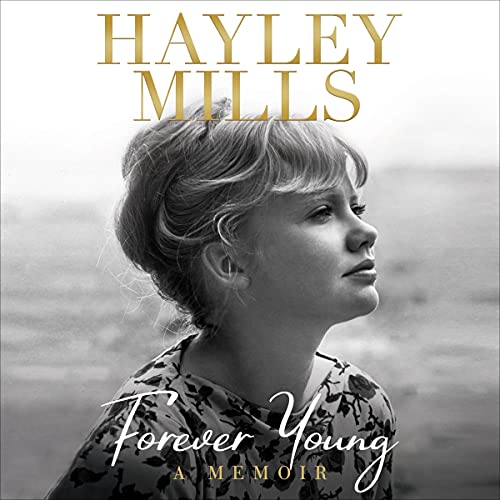 On Tuesday,  the actress unveiled a new memoir titled "Forever Young." It explores how the daughter of British screen star Sir John Mills came to America and found fame in Hollywood with iconic films like "Pollyanna" and "The Parent Trap."

While Mills’ wholesome image made her adored by many, she yearned to transform herself as a woman in the spotlight. She learned many lessons along the way – and is now sharing them with the world.

The 75-year-old spoke to Fox News about writing her book, befriending Disney, being considered for "Lolita," as well as marrying a filmmaker over 30 years her senior.

Fox News: What inspired you to write a memoir now?
Hayley Mills: It was the right time and I wanted to do it. I’ve been thinking about doing it. I’ve written lots of rough drafts for years actually… But you know, I’m one of the few people that not only met Walt Disney but knew him and loved him. So that was a bit of a wake-up call.

I remember I was taken to his office that had been recreated with all of his possessions exactly how it was when he left that day… It was incredibly moving. It’s not a particularly grand room, but it did take me back to a special place in my life. And I didn’t want those moments to be forgotten with time… I have children and grandchildren and I want them to hear these stories.

Fox News: What was your initial impression of Walt Disney?
Mills: He was so accessible. He was warm and friendly. He was tall but he was also a bit shy. But I just remember him being a very sweet man. There was a tremendous sweetness to him that was just genuine. He had all these dreams with his films and Disneyland.

He once told me, "I want to show people the best in themselves." And he did. When you look back at his films, they all have a tremendously powerful message about love, listening to your conscious and being compassionate. And that studio reflected his personality. He loved children and I couldn’t have been luckier to have worked with somebody like that. I wasn’t exploited or treated badly, rudely or unkindly.

Fox News: Usually child stars don’t always have the greatest outcomes in Hollywood.
Mills: I was fortunate. I was working for a studio with a boss who was a genuinely good man. He cared about the people who worked for him. I also had the support of my parents who were both in the business. My father was a film star in England and my mother had been an actress and then a successful writer. So I had support. The business can really come at people like an express train. You’re suddenly surrounded by wealth and showered with attention at an immense pace. It’s very intense and very, very easy to lose your way unless you have that support.

I certainly had my struggles. But I think we all face struggles in growing up. You’re trying to make sense of life and who you are, except you’re trying to figure all of this out in Hollywood. When you’re in that environment, it’s hard to hang on to reality. But after I worked, I went home. I went to boarding school in England. So in some ways, I think I had it better than others.

Fox News: You were 12 when you embarked on your acting career. How did you cope with being in the spotlight as you faced puberty?
Mills: Adolescence is a nightmare for everybody. One of the reasons you suddenly become self-conscious is because that innocence of childhood when you’re completely in the moment is gone. You suddenly look at yourself in a different way. You’re judging yourself, comparing yourself to others. It was a struggle.

Fox News: According to the book you didn’t take on the role of "Lolita." How do you feel about that decision today?
Mills: As I said in the book, I can’t believe I’m actually saying those words *laughs*. But I wanted to do it at the time. I very much wanted to do it. I thought it was a really interesting part. But I didn’t fully understand Humbert’s obsession – sexual obsession. I was a virgin. I was 14. I didn’t know very much about things. But I instinctively sensed things about this character. I would have loved to have played it, but particularly, I would have loved to have worked with Stanley Kubrick. That would have been something special. But there you are. I didn’t get the part in the school nativity [play]. They all hurt *laughs*.

Fox News: According to your book, you began receiving countless fan mail after "Pollyanna." Some people even tracked down your home address. What was that experience like for you, knowing that you had achieved fame at such a young age?
Mills: It was staggering. I was living on a remote farm that took nearly two hours to get to from London in those days, before motorways. I was no stranger to fan mail because my father used to get fan mail. So I felt I was simply doing what he did. It was a family business. But the amount was just incredible. I answered a lot of those letters but it did get to be time-consuming. So many of them were very, very sweet. But it got quite out of control.

Fox News: What’s your favorite memory from filming "The Parent Trap"?
Mills: The whole film was a fantastic experience. There were so many clever, talented, funny, marvelous actors in the movie. That gives you a great sense of confidence. You feel safe. And I loved working with Maureen O’Hara. She was one of the most beautiful women I’ve ever met.

And she was very professional. She saw the business very clearly from the moment she started and I think her work influenced me. I was lucky to have met so many of my inspirations. She was definitely one of them. Overall, it was a very positive experience for me. I got to play two characters, with one of them being American, which was great. It was like playing two sides of me. I could certainly identify with both.

Fox News: Were you ever frustrated to take on very childlike roles as you were becoming a young woman?
Mills: I would have liked to take on things that had more of a dramatic element. But you know, once I was committed to playing a part, I always enjoyed it. But towards the end, I did become aware that I wasn’t being stretched. I didn’t feel like I was learning. I was spinning my wheels a little bit. It wasn’t that I didn’t enjoy the films I did. I enjoyed them greatly and always gave it my all. But I did feel that I needed new experiences. I had to go back to acting school. That’s when I went into the theater.

Fox News: Things changed when you did "The Family Way," which allowed you to approach a more adult role. How nervous were you to do your nude scene, especially after being a Disney star?
Mills: It was a stark experience. I wouldn’t have done it if I didn’t believe it was integral to the story and important to the plot… So knowing it was integral to the film made it a lot easier. But it was certainly a difficult thing to do *laughs*.

Fox News: You met director Roy Boulting in that film. At age 20 you married him when he was 53. What was the biggest lesson you learned from that experience?
Mills: I learned that even though there was a great disparity in our ages, we understood each other on a personal, spiritual level. We understood each other and we were quite alike. I always felt that he was emotionally vulnerable. That’s one of the reasons I fell in love with him. I never felt age was a barrier to friendships or love or anything like that. It’s such a unique, individual thing.

And actually, you know, I was struggling. I think I was just trying to become independent. I needed an older, older man, I think, to help me make sense of my life. I was on my own. I left Disney and I wanted to be independent of my parents. But all these things, I think, were subconscious reasons. The reason that it happened to me, ultimately, is that I fell in love with a remarkable man. That was it.

Fox News: It sounded like the two of you kept your friendship even though the marriage didn’t last.
Mills: He was a very, very generous person. I mean generous spiritually. It wasn’t acrimonious. I think that part of him always knew there was a good chance that this was going to happen. It didn’t make it easier when it happened, but he was always wonderful. Absolutely wonderful.

Fox News: In the book, you also discussed dealing with bulimia. When did you realize that you needed to get help or address it? What was that wake-up call moment for you?
Mills: I achieved the skeletal weight that I was aiming for. I stopped getting my period and it affected my skin. My skin broke out and I had to take antibiotics for years actually. But I didn’t know that this was something that other people did. I thought I’d come up with it myself. I think I do mention it in the book, but I met this famous champion jockey and he told me that to make himself throw up, he used to eat grass. So after he ate a meal, he’d eat grass to throw up the meal.

… So I started doing it. Of course, I didn’t tell anybody. I had no idea [bulimia] existed and it had a name. It’s a very difficult thing to go through. Things are so much better today. People are not so afraid to reveal things about themselves and things that are common to the human condition, things that so many other people are dealing with. Because when you hide it or keep it a secret from others, it makes it worse. It was such a stigma in those days. Now it’s not the case and I’m so thankful for that. Now we can talk about it, but also do something about it.