NASA Launched a Rocket 54 Years Ago. Has It Finally Come Home?

Surveyor 2 crashed on the moon in 1966. Astronomers think they’ve spotted a piece of the mission that kept going deeper into space.

It was after midnight on Sept. 19 and Paul Chodas, the manager of the Center for Near Earth Object Studies at NASA’s Jet Propulsion Laboratory in Pasadena, Calif., was working late, studying an object called 2020 SO that other astronomers had spotted in the night skies just the day before. Something about its orbit was peculiar.

The computer program he was working with showed that 2020 SO followed a nearly circular path just slightly outside our planet’s orbit. And the plane of the object’s orbit was just barely tilted relative to Earth’s.

“I was suspicious immediately,” he said.

Out of curiosity, Dr. Chodas ran his simulation in reverse. With time dialing backward, he watched 2020 SO pass very near Earth in September 1966. “Close enough that it could have originated from the Earth,” he said.

At 1:12 a.m., Dr. Chodas acted on his hunch, and sent an email to fellow astronomers with a subject line of “2020 SO = Surveyor 2 Centaur r/b?” In the months that followed, amateur skywatchers and professional astronomers alike have been tracking this specter with their telescopes, following what many believe is a rocket booster that flew toward the moon more than 50 years ago during a failed NASA mission.

On Tuesday, the object, now temporarily orbiting Earth, will make its closest pass. And with more observations, scientists hope to find conclusive evidence that the dot on their monitors really is a ghost of the Cold War moon race.

Hopes were high when Surveyor 2 lifted off from Cape Canaveral, Fla. (then known as Cape Kennedy), on Sept. 20, 1966. NASA designed the roughly one-ton lunar lander to collect images of the moon in preparation for the Apollo missions. It was following close on the heels of its successful predecessor, Surveyor 1, launched just a few months earlier, which had landed on the moon and returned over 11,000 images.

Surveyor 1 performed flawlessly, said Mike Dinn, then the deputy station director of Australia’s Tidbinbilla Tracking Station, where giant radio antennas communicated with the spacecraft during its journey. “We fully expected Surveyor 2 to be a complete success.”

But it wasn’t — the spacecraft crashed into the moon. Its death knell came roughly 16 hours after launch, when one of the three small engines attached to the spacecraft’s legs failed to fire. The imbalanced thrust sent Surveyor 2 into a spin, and after 38 unsuccessful attempts to revive the engine it became clear that the mission could not be salvaged. Mr. Dinn and his colleagues at Tidbinbilla were the last people to communicate with the spacecraft.

(Five more Surveyor missions followed, and four were successful before NASA switched its focus to human exploration of the moon.)

A sped-up animation shows the orbital path of 2020 SO, which could be a rocket booster from NASA’s 1966 Surveyor 2 mission. Video by NASA/JPL-Caltech

Fast-forward 54 years. On Sept. 17, one of the Pan-STARRS telescopes near the summit of Haleakala on Maui, which search for asteroids and other objects that may pose a risk to Earth, recorded something moving across the sky. It traced out a small arc, which caught the attention of astronomers reviewing the data the next morning.

“Whenever you see an object that moves in a slightly curved path in the sky, it has to be close,” said Richard Wainscoat, an astronomer at the University of Hawaii at Manoa and a Pan-STARRS team member.

Within a few hours, Dr. Chodas was studying the object, and eventually poring over records of space launches in 1966 that aligned with the orbital path his computer program had mapped out. He quickly found Surveyor 2.

Although the robotic spacecraft was destroyed when it hit the moon, the second stage of the Atlas-Centaur rocket that carried it to space had been jettisoned a few minutes after launch. After flying by the moon, the roughly 25-foot-long cylindrical booster had disappeared into space.

In the email he sent to colleagues, Dr. Chodas explained his conclusion that 2020 SO was very likely the Centaur rocket booster from Surveyor 2.

Since September, scientists around the world have been investigating 2020 SO. Vishnu Reddy, a planetary scientist at the University of Arizona’s Lunar and Planetary Laboratory, and Adam Battle, a graduate student there, compared observations of 2020 SO with a known Centaur rocket booster orbiting just a few hundred miles above Earth.

The optical colors matched, Dr. Reddy said, but sealing the deal would require infrared observations of 2020 SO. At those wavelengths, it’s a “slam dunk” to compare objects’ compositions.

Surveyor 3, which successfully landed on the moon, photographed by the Apollo 12 astronauts in November 1969.Credit...NASA/JPL-Caltech

The orbit of 2020 SO is also ever so slightly anomalous, deviating from what is expected based on gravity alone, said Davide Farnocchia, an asteroid dynamicist at NASA’s Jet Propulsion Laboratory. That may shed light on its identity.

The cause of that irregularity is most likely the pressure exerted by solar radiation. Particles of sunlight — photons — have energy, and they exert a force when they collide with something, Dr. Farnocchia said. “They cause a gentle push away from the sun.”

The fact that 2020 SO is being shoved around by sunlight suggests that it’s something relatively large and low mass, like an empty rocket booster, as opposed to something small and massive, like a rocky asteroid.

Dr. Farnocchia compared the phenomenon with the wind.

“If you have an empty soda can, you’re going to move it much farther,” he said. “If you have a solid rock, it’s much harder to push it away.”

In the last few weeks, scientists have been gearing up for a much closer look at 2020 SO. It was captured by Earth’s gravity in early November, and it will make its closest approach to our planet on Tuesday. At that point, 2020 SO will be about 27,400 miles away, or roughly one-tenth of the distance to the moon.

The visit is temporary, however — 2020 SO will escape Earth’s gravity by March 2021 and once again start to orbit the sun. But we’ll have another chance to observe this object, whatever it is, up close in the future, Dr. Chodas said.

This clever 300 year old Library Book Wheel enabled researchers to have ready access to seven open books at once while they worked. The function of this interesting historical object was very much like today’s browser tabs. 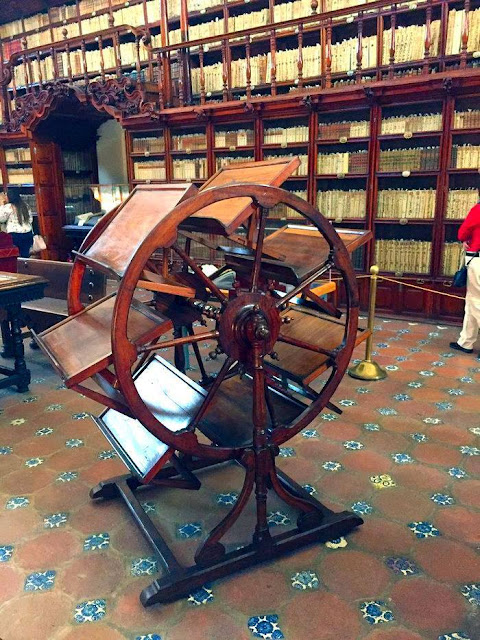 Mayor Cassetti on the anniversary of the passing of President John Fitzg... 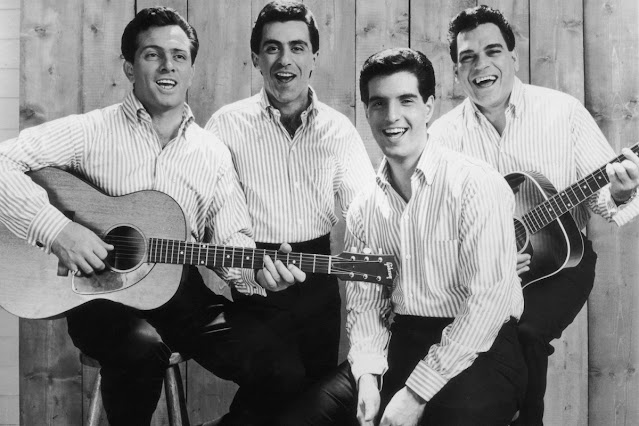 Tommy DeVito, one of many easy harmonizers of legendary doo-wop group the Four Seasons, has died from problems of the coronavirus. The baritone vocalist and lead guitarist was 92.

When reached by The Put up for remark, Four Seasons frontman Frankie Valli and singer-keyboardist Bob Gaudio mentioned in a joint assertion:

“It’s with nice disappointment that we report that Tommy DeVito, a founding member of the Four Seasons, has handed. We ship our like to his household throughout this most troublesome time. He will likely be missed by all who liked him.”

“My expensive buddy Tommy handed away in Las Vegas at 9:45 final evening,” Nittoli wrote, spurring dozens of emotional condolences. “With deep remorse I’m penning this sitting in his lounge. I used to be knowledgeable by his daughter Darcel there will likely be a service in New Jersey.”

DeVito, a local of Belleville, NJ, was handled for COVID-19 at Siena St. Rose Dominican Hospital in Henderson, Nevada, for weeks and was on a ventilator till he died, based on the Las Vegas Overview Journal.

The Brylcreem-era belter began doo-wopping with Newark native Valli within the Variatones and the Four Lovers, circa 1954. After co-founding the Four Seasons in 1960, the male vocal quartet cranked out out a sprawling string of chart-topping hits in a decade in any other case dominated by the British Invasion. The bandmates’ basic tracks embody “December 1963 (Oh, What a Evening),” “Stroll Like a Man,” “Large Women Don’t Cry,” “Working My Approach Again to You” and “Sherry.”

The Four Seasons’ candy sounds earned them induction into the Rock & Roll Corridor of Fame in 1990, adopted by a slot within the Vocal Group Corridor of Fame in 1999. Nevertheless, their surprisingly gritty origin story — marked by brushes with the Genovese mob household and drug habit — is what impressed 2005’s Tony-winning Broadway hit “Jersey Boys.” The long-running jukebox musical was later tailored as a 2014 characteristic movie by director Clint Eastwood.

DeVito left the group in 1971. On the time, his departure was publicly blamed on a listening to drawback. It was later revealed, All Music reported, that he had “run up monumental playing money owed, in addition to a hefty tax invoice, and Valli and Gaudio assumed the obligations as the worth for purchasing him out of the group.”

The estranged band members later reunited and shared many picture ops at promotional occasions for the “Jersey Boys” musical and movie.

Actor Joe Pesci, who paid homage to DeVito by having his character in Martin Scorsese’s 1990 organized crime basic “GoodFellas” named for him, additionally shared his respects.

“I used to be drastically saddened to listen to this morning of the passing of my lifelong buddy Tommy DeVito,” the “Raging Bull” actor mentioned in an announcement. “He was really a gifted musician who devoted his life to creating folks glad by means of his music.”

Pesci added, “The time he spent as a part of the Four Seasons produced a number of the most iconic music of that period and continues to encourage younger musicians to this present day. I’ll at all times keep in mind him for his nice voice and for the character that he was. My heartfelt condolences exit to his household and dependable followers. I’ll always remember him. RIP.”

“Andy’s Gang” was a children’s television program broadcast on NBC from August 1955, to December 1960, hosted by Andy Devine 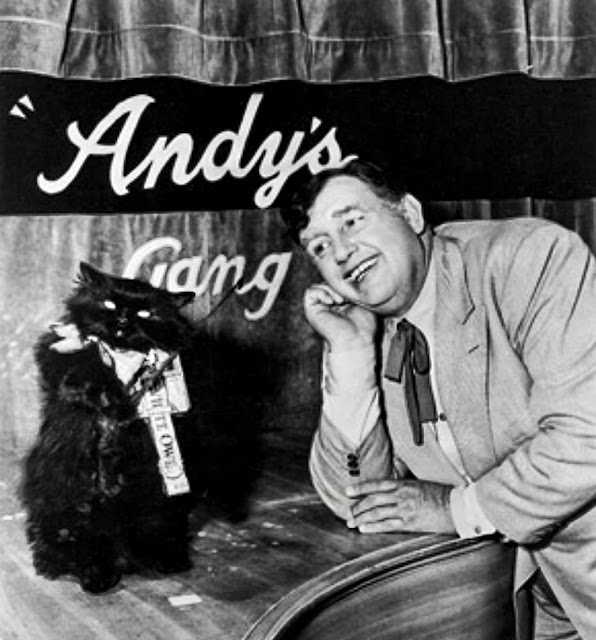 USS Liberty Commander W.L. McGonagle sitting in his damaged cabin, after the “technical research ship” (spy ship) had been attacked by Israeli forces during the Six-Day War. He remained at the bridge despite his injuries, for which he was secretly issued a Medal of Honor. (June, 1967) 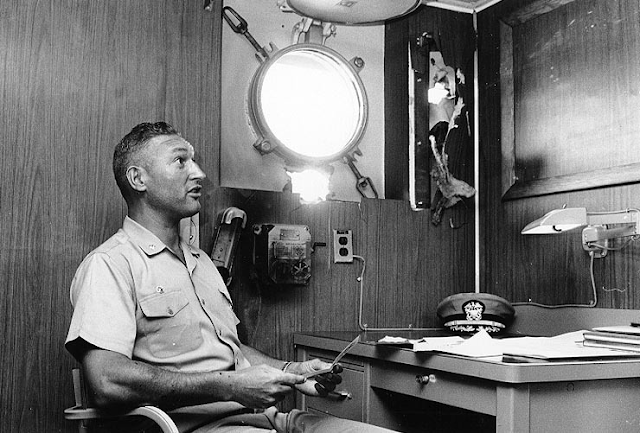 It was the final album with Diana Ross as part of the group, and Motown had already started to publicize her solo career when the album was released. The chart-topping single from the album, “Someday We’ll Be Together,” was intended to be Ross’s first solo single, but Berry Gordy decided to include it on the album, even though Cindy Birdsong nor Mary Wilson appear on the song. 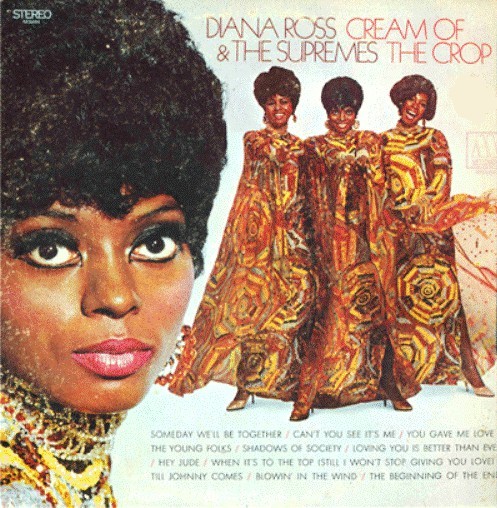 “This is the first day I met Graham Nash in 1966. Mama Cass brought the Hollies over to meet the Lovin’ Spoonful one day… We drank margaritas and told road stories.” Henry Diltz 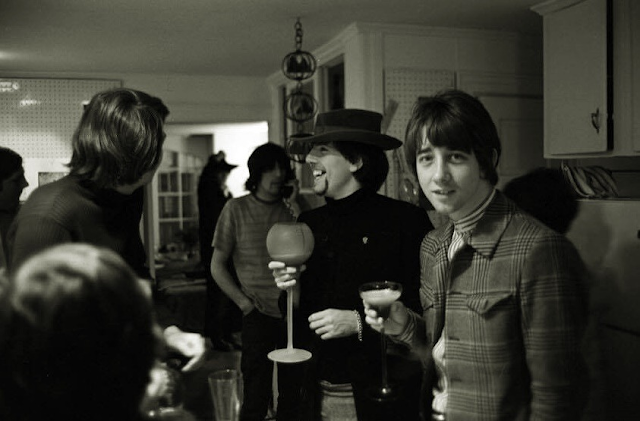