‘Gunsmoke’: What Was James Arness’ Job Before Hitting It Big in Hollywood? 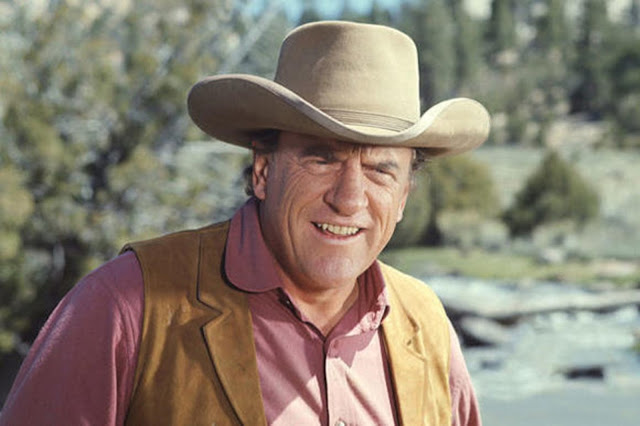 One of the most popular television shows to ever air on television, Gunsmoke ran from 1955 to 1975. The show is the longest-running, primetime, live-action series of the 20th century.

The show takes place in Dodge City, Kansas, where lawman Matt Dillon enforces his own brand of justice. Dillon is the show’s central character and is portrayed by actor James Arness. At 6’7″ Arness was an imposing figure as Matt Dillon and he ran a tight ship in Dodge City, despite the best efforts of local criminals.

Arness portrayed Matt Dillon on Gunsmoke for 20 years and has played the role in five different decades. The tall actor was a big reason for the show’s success as he gave life to the lead character and played the role with toughness. In addition to the long-running television program, Arness played Dillon in several made-for-tv Gunsmoke movies, including 1987’s Gunsmoke: Return to Dodge.

Before taking on the role of Matt Dillon, Arness served his country in battle as a rifleman in World War II. The future actor joined the military after high school and became a rifleman with the U.S. 3rd Infantry Division. He was severely wounded in battle in 1944 in Anzio, Italy. He underwent several surgeries before being honorably discharged in 1945. For his efforts in fighting for his country during the war, he awarded a Bronze Star Medal, Purple Heart, the European-African-Middle Eastern Campaign Medal, the World War II Victory Medal, and the Combat Infantryman Badge.

After leaving the military, he found work as a radio announcer in Minneapolis, Minnesota, for a while. He then made his way to Hollywood where his acting career really took off. He got his first film role in “The Farmer’s Daughter,” a 1947 film starring Loretta Young. It would be a couple of years later before he got his big break with Gunsmoke in 1955.

In addition to his work in western-themed programs, Arness also starred in a couple of science fiction films. He appeared in Them! and The Thing From Another World. He played The Thing in the latter film.

After his run on Gunsmoke ended, Arness continued to play western-type characters in several films. He passed away in Los Angeles in 2011 at 88-years-old.