The Beatles’ Second Album, released on 10 April 1964, was their 3rd studio album released in the US (their 2nd for Capitol Records).

The songs were compiled from 4 UK singles and 5 songs from With the Beatles that had been left off Meet the Beatles! (released in January 1964). 6 of the 11 songs were cover versions, and John Lennon sings lead on 6 songs (and adding duet lead on another 2).

It knocked off Meet the Beatles! from the top of the Billboard charts on 2 May and had sold 1.6 million copies by the end of the year. 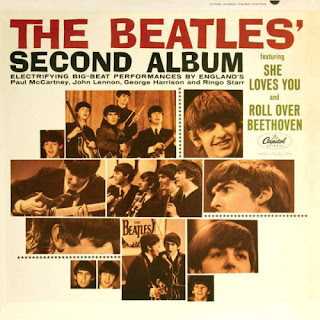